Everything You Wanted To Know About Microchipping Your Pet 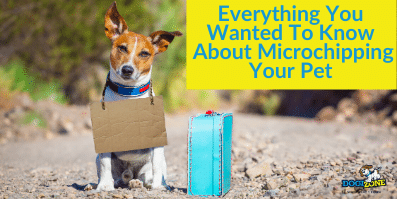 Microchipping has been used for the identification of dogs and cats for years. Initially, there was a lot of misinformation and myths about the process. Now, with vets and breeders behind the program, it is now commonly used in most countries around the world.

To understand if microchipping your dog or cat is a good option, it is critical to understand the process and make an informed decision. There are some pros and potential cons to consider, not in the process itself but in the choice of microchip technology options.

Contrary to some conspiracy theories still circulating online, microchips do not send out any data. They are not a GPS tool and cannot be used to locate a lost or missing pet.

Instead, they are small chips about the size of an uncooked grain of rice. They are injected under the skin, typically between the shoulder blades on the back, and they can be read by a scanner. The chip itself is an RFID device (radio frequency identification device). These are similar to larger RFID tags used on high value or large items to track them through supply chains. The scanner can read the chip only when it is placed above the chip. The chip itself does not have any batteries or moving parts, so it lasts a lifetime unless it is removed.

The code on the microchip is 15-digits, and it is unique to the dog. Different companies make these chips, and there are options to consider with the chip registry and technology.

When microchips were first introduced, they did not have the same technology they have today, similar to medical implants of the past. Now, thanks to the use of biocompatible coatings, the risk of any type of allergic reaction has been eliminated.

Another issue in the past was a concern about the migration of the microchip in the body. This has been largely eliminated due to specific design changes. However, it is possible that chips can move under the skin, particularly if the chip is inserted too high up the neck. In reports from the American Veterinary Association, this occurs in less than one percent of the microchips, making it a rare occurrence.

There are different microchipping companies, each providing their own database and registry as well as their own technology. Most microchips can be read using a universal scanner, which means your dog or cat can be easily and quickly identified if they are found by animal control or taken to a vet or rescue.

Finally, owners have to keep their information updated with the registry if they change their phone number or address. Unfortunately, this is the most common issue with the use of microchips, and it is not a fault of the technology but a simple oversight by the pet owner.

Posted in First Aid and Safety, Life at Home